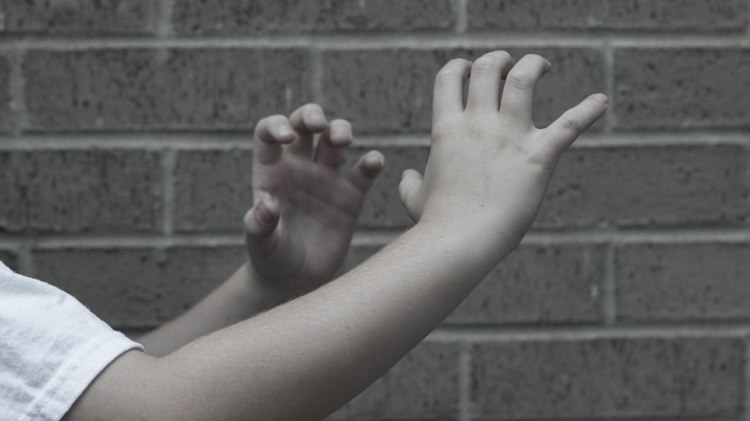 You lost my trust today. From now on, you will stand at the front of the line and Julian will stand in the middle. Neither of you will be at the end of the line, and the two of you will not stand next to each other. Do I make myself clear?

You need to know what I heard and saw, so you can grasp how serious this is. I know that you have your side of the story as well, and I will hear it, but first you need to understand what I observed.

I gave clear directions for the class to line up silently by the door. The 33 students at the front of the line followed my directions, and we all transitioned into the hallway. As we stood outside of Mrs. Titus’ room, one of your classmates ran up to me, breathless.

“Ms. Jackson! Alberto and Julian snuck out of the line! They’re fighting in your classroom!”

As I ran into the room, I saw Julian slumped against the window, with his hands shielding his face. You raised your binder over your head and slammed it onto his hands and face as I yelled, “Stop!”

I had to literally stand in front of Julian to get you two to stop throwing punches. Alberto, you are twice as tall as Julian. You are much stronger, and you used your binder as a weapon.

I am responsible for the 35 young adults in your class, and you two decided to jeopardize your safety and the safety of every other student in my care by foolishly picking a fight in my classroom during the passing period.

It is clear that within the four walls of our school, you feel safe enough to pick a fight. You are bigger and stronger than most boys your age. You feel invincible.

What happens when you pick a fight at Deer Path Park? Or on Illinois Avenue when you’re walking home?

What happens when you look the wrong way at the wrong guys at a stoplight? Ask Keenan. That’s how his brother was shot and killed, less than a mile away at the Jack-in-the-Box on Kiest.

I’m sick of the needless violence. You have to learn now how to channel your emotions without swinging your fists.

You are going to serve your In-School Suspension with the 8th grade tomorrow. By the end of the day, I expect a written apology to Julian, and a written reflection to me, explaining what happened, why it was wrong and what you will do differently next time.

I care too much about you to let you go down this path.

Leave a reply. All comments will be approved before posted publicly.